A variety of playgrounds
within Hamilton

7 days a week
Dawn to dusk

Hamilton has more than 80 playgrounds on parks across the city. Most are neighbourhood playgrounds for the local community. We also have eight destination playgrounds, which are larger and have different themes. Most of these are local playgrounds on neighbourhood parks that consist of at least a slide, swing and seesaw although many have additional equipment.

There are also three destination playgrounds provided at Claudelands Park, Hamilton Lake Domain and Tauhara Park. These are large playgrounds aimed at a wider population and allow whole family interaction. These include diverse play equipment generally aimed at children between the ages of 0-14 playgrounds invoke a sense of adventure in the kids that use them and provide a great social atmosphere whilst keeping the children active and healthy. Seats and other facilities are provided beside playgrounds so that parents or caregivers can relax while they keep an eye on their children. 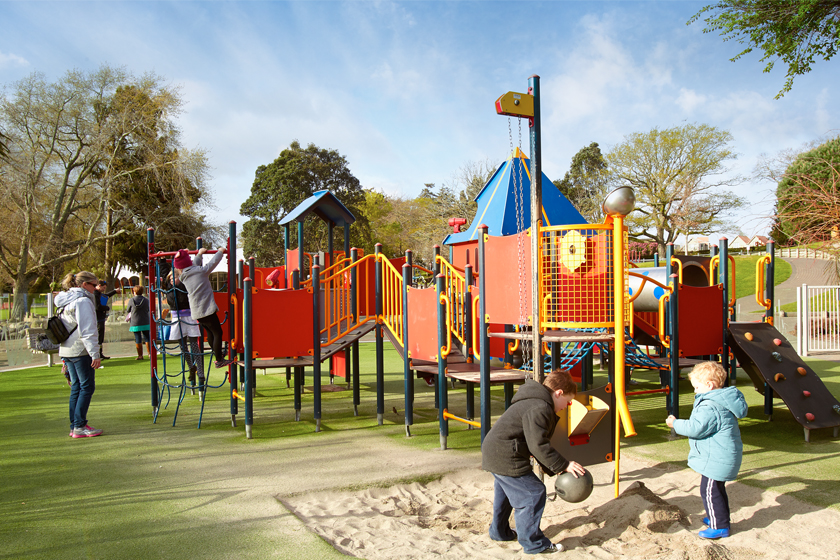